Recently a poor little guy who would go on to be named Castiel brought whole new meaning to the term “lone wolf.”

When he was first found wandering through a Los Angeles suburb, local residents assumed he was an ordinary, though most probably abused dog, due to the makeshift collar he was wearing around his neck.

He was very underweight, infested with parasites, and losing chunks of his fur from mange. The kind residents quickly called a local shelter.

What they didn’t know, though, and what the shelter soon found out, was that this dog was not just a dog.

The pointy-eared, gray-furred dog was actually a wolf-dog hybrid. That meant that not only did he have special needs due to his ancestry, but that he couldn’t stay in a shelter.

Shelters can’t keep wild animals, and if they couldn’t find him a home, the dog, who at the time was known as “New Boy,” would be destroyed.

Wolf-dogs are tricky because they have the needs of both dogs and wolves. While some people lead the kind of roaming, adventurous lifestyles that these hybrids need, most people can’t properly care for one.

Luckily for them, and for New Boy, organizations like

Facebook / W.O.L.F. Sanctuary
He was first taken to a local shelter, where it was discovered that he was about a year old, and actually part wolf, meaning that he had to be placed into a special facility as soon as possible — or be put down.

When there was no room in California sanctuaries, W.O.L.F Sanctuary stepped in and brought him to Colorado, and his new home. 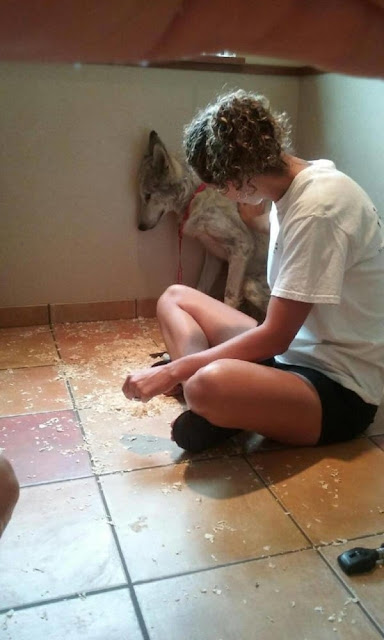 Facebook / W.O.L.F. Sanctuary
He was so scared, he refused to leave the corner of the infirmary, no matter what the rescuers tried. 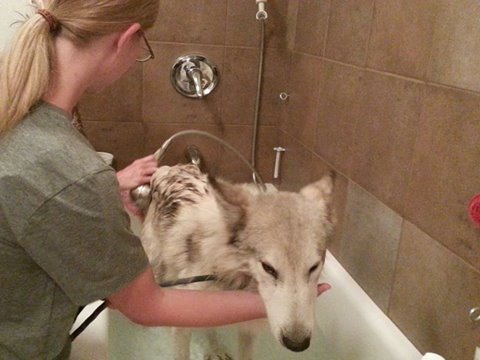 Facebook / W.O.L.F. Sanctuary
Fortunately, however, rescuers were able to bathe and treat him — which he desperately needed, considering he was riddled with parasites and mange. 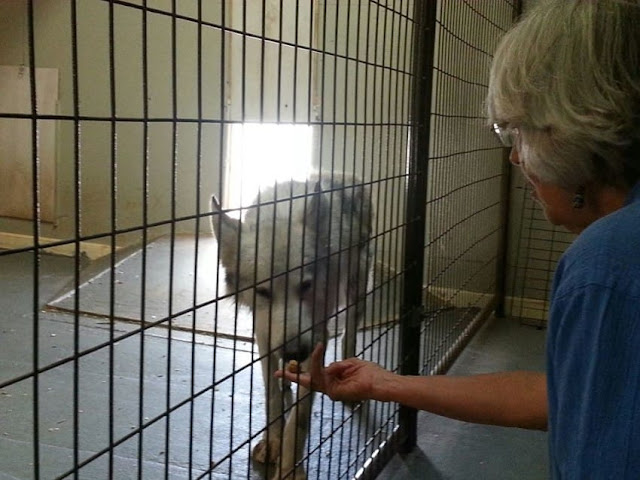 Facebook / W.O.L.F. Sanctuary
As he recovered, W.O.L.F. held a naming contest for him, and the winning name was “Castiel.”

The name is a reference to a character on the show Supernatural, who is an angel of resurrection.

It was inspired by Castiel’s remarkable transformation into a physically healthy, and adorable, wolf-dog. 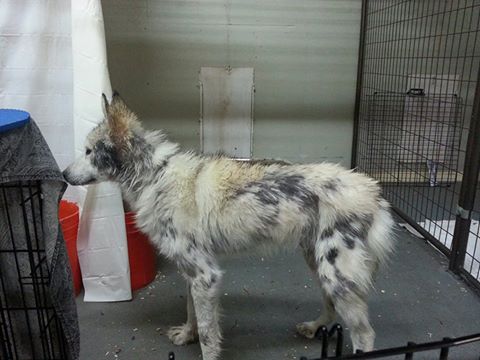 Facebook / W.O.L.F. Sanctuary
His fur grew back, his infections cleared up, and he put on lots of weight. 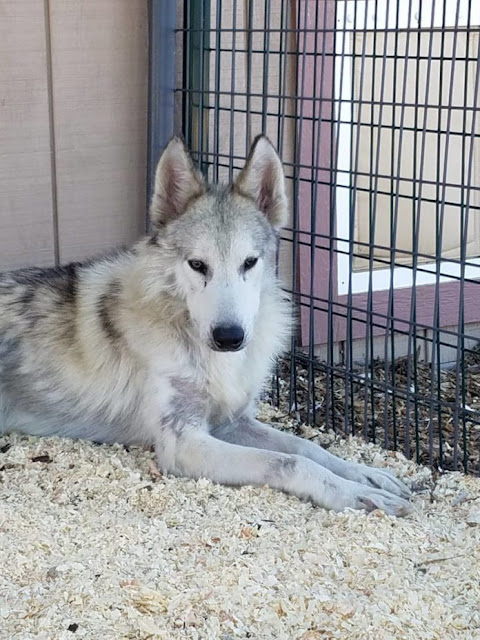 It was time for him to go into the sanctuary proper, and meet his new friends. 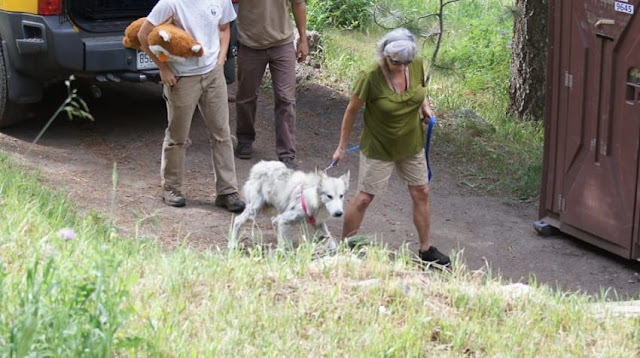 Facebook / W.O.L.F. Sanctuary
Because he’d been alone, and possibly neglected or abused before that, Castiel was very, very shy, and didn’t know how to really form connections with other wolves and wolf-dogs.

And obviously, that pack connection is very important when you’re a wolf. 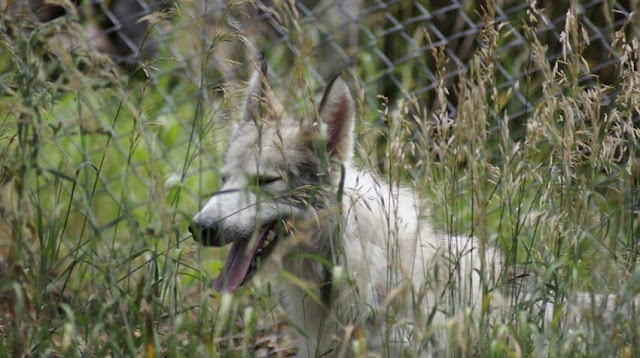 Facebook / W.O.L.F. Sanctuary
But in the meantime, he was enjoying the outdoors.

W.O.L.F. staff also said he was growing increasingly interested in the other animals. While he wasn’t yet approaching them, his interest was a good sign that he could be social. 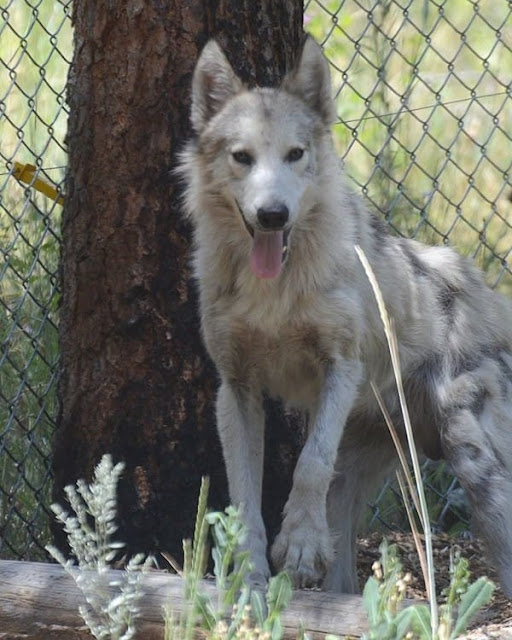 Facebook / W.O.L.F. Sanctuary
The staff decided that he needed what heals and helps us all: a little love. 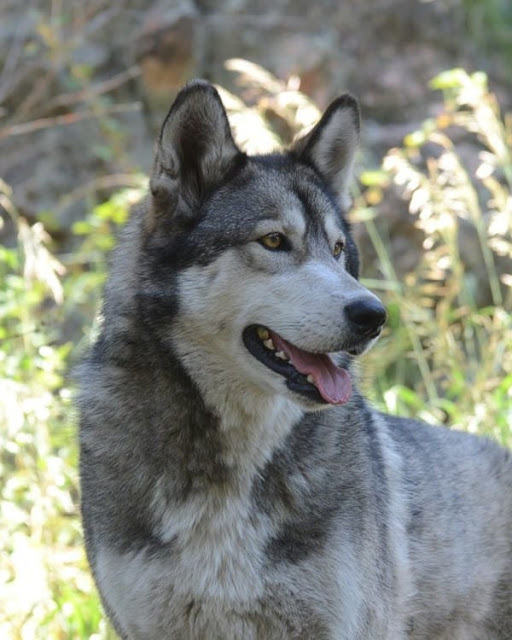 Facebook / W.O.L.F. Sanctuary
After introducing him to several female wolves, kind of like wolf dating, they brought him to Tenali, an outgoing female wolf-dog. She’s a 3-year-old rescue from Wisconsin.

Wolf-dogs are actually quite common across the country, and many are in need. 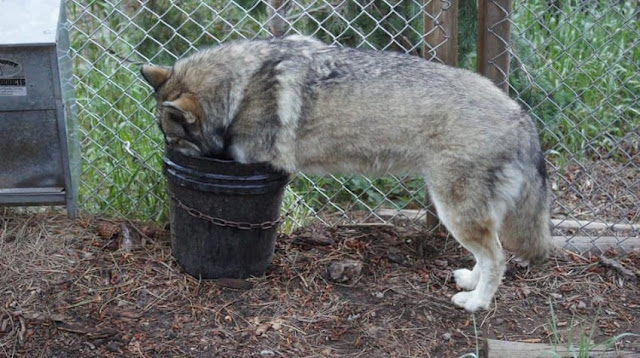 Facebook / W.O.L.F. Sanctuary
Tenali is known for her sweetness, and she’s very energetic. Castiel was even a bit overwhelmed at first!

But Tenali didn’t mind. She just took a mini dip in a water bucket to keep herself occupied. 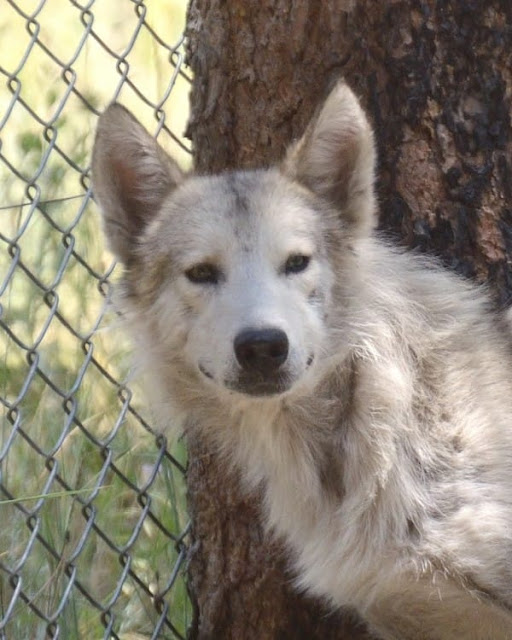 Facebook / W.O.L.F. Sanctuary
Michelle Proulx, director of animal care at W.O.L.F, said that while initially shy, Castiel began to warm up to Tenali.

“After a couple of days, he started to realize that she wasn’t going to hurt him,” she says, and notes that the pair has been playing and spending more and more time together. 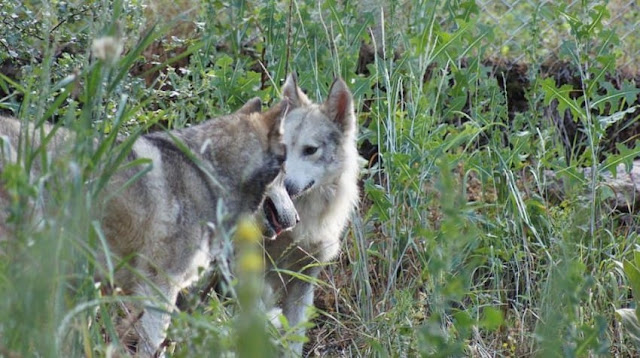 Facebook / W.O.L.F. Sanctuary
“He went from not having much and being alone for who knows how long to having this girl,” Proulx says.

Just like humans, it took the right individual to open Castiel’s heart and warm up, and also helped him heal from his traumatic past.

You can keep up with the pair’s adventures on W.O.L.F.’s website, where you can also donate to help keep wolf-dogs safe and happy. 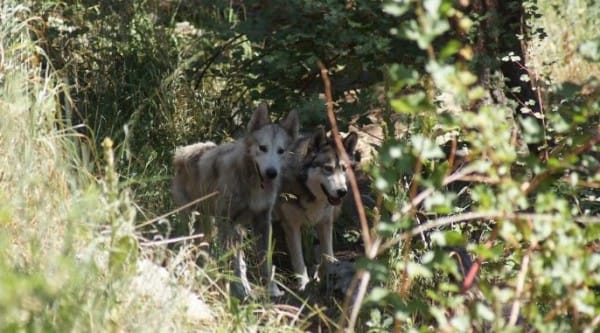 Facebook / W.O.L.F. Sanctuary
Now, their bond is getting stronger and stronger every day — and Castiel seems happier and healthier than ever.

What do you think ?

RequestThrottled: AWS Access Key ID: AKIAJBM62YGEVUDQUXFQ. You are submitting requests too quickly. Please retry your requests at a slower rate.


Have You Seen These?

by tysl time to read: 3 min

Health Are IV Supplements The Best (Or Worst) Thing To Ha…

Motivation The 3 Products That Empowered Me To Work Out While…
0
This site uses cookies: Find out more.